Published by Boris Seidl in Siddhartha · 22 June 2022
Tags: #Siddhartha, #Hesse, #hermannhesse, #buddha, #Malayalam, #godsownland, #sanskrit
For several years we have been working on bringing our cross-continental band Ashram together again and in this process we will also release our third album. Our vision is to present a tribute album in autumn/winter 2022 on the occasion of the centenary of the novel "Siddhartha - an Indian poem" and to do a few concerts in Austria or in the German-speaking countries in April 2023. In doing so, we let ourselves be inspired by the spirit of the book Siddhartha to compose our own songs in each case. The lyrics will be in Sanskrit, Hindi, Malayalam and English. The lyrics will be partly about the individual chapters, but these lyrics will be written individually by our band (so no lines of text will be taken from the book Siddhartha one to one). The album title will eventually be "Siddhartha2022". Our band would like to dedicate the new songs and the concerts to the life work of Hermann Hesse.
We have already received some support pledges for our musical art project. We also have contacts in India, such as the Cultural Exchange Department of Kerala Bharat Bhavan (Mr. Pramod Payyanur), where we will possibly hold joint events in the summer of 2023. 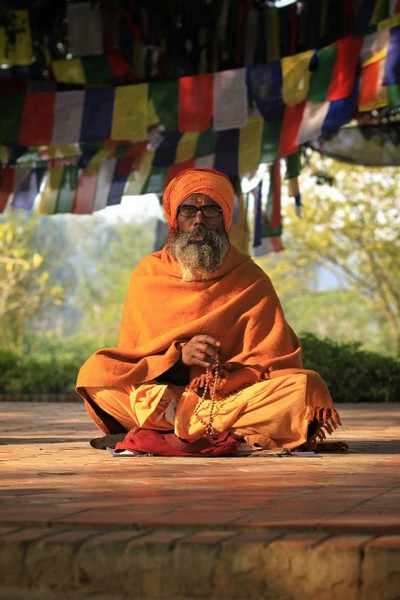 How would the life of the Buddha of today look like?
Buddha in the age of globalization - we find him in restaurants, as a furnishing object, tattoo or in business houses. He is worshipped all over the world and almost represents a brand of balance and inner harmony. One could think that Buddhism has conquered the West.
In the 60's the followers of the American peace movement revisited the novel Siddhartha and Buddha was introduced into modern society as an esoteric niche culture. The hippies discovered the Indian meditation technique yoga for the West. In the process, German-language writer Hermann Hesse indirectly laid the foundation years earlier. His book Siddhartha was a bestseller in the U.S., and his story of spiritual enlightenment and self-discovery initially delighted readers in the post-World War I era.
We arrived in the digital age long ago, and the Internet has truly become a global network. Young people have never known a world without smartphones and the Internet. Today, a large part of our lives is determined by social media and so our identity and first impression is determined by our online image. How do we present ourselves online? Is that me? Would the Buddha, for instance, go on a pilgrimage with a smartphone and perhaps post his wisdom or proverbs on social media?
Be careful what you post, what you search for and where you leave your likes. This data world cannot forget and we have already become transparent people. The development goes partly further towards the uncritical, pseudo-harmonic screen consumer. The Corona Age has made a further contribution to winning over the last technology refusers and increasing the time spent in front of screens, active Internet users. Real, physical, thus real social meetings, are nowadays considered as highlights, which have to be earned. A ticket on the digital, personal monitoring device is becoming a black and white passport that divides our society into categories.
How would Hermann Hesse draw his Siddhartha a hundred years later? How would Siddhartha follow his path through life in our time? Self-discovery is just as relevant in today's world as it was a hundred years ago, which is why Hesse's work has lost none of its relevance. Hermann Hesse, the Nobel Prize winner for literature, became the most widely read and translated European author of the 20th century. He became the inspirer, role model and mastermind of many ideologues and musicians. That the enthusiasm for Hesse was already present in the music world is shown, among others, by the legendary rock band Steppenwolf, which even named its band after Hesse's novel.
For our Indian-Austrian fusion band Ashram, the goal is to let the spirit of Buddha's time return in a current, musical form. What particularly impresses us about the figure of Siddhartha is that this teacher was not a demigod, he was a human being who was searching for the meaning of life. Our musical art project will be a tribute to this Far Eastern figure. 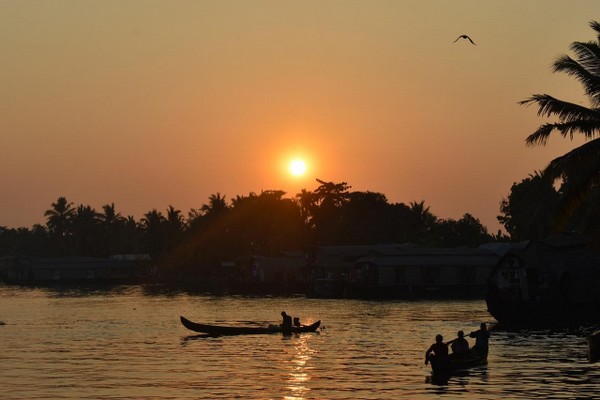 What connected Hesse with India?
Since early childhood, Hermann Hesse was surrounded by Indian atmosphere. Growing up in the small Württemberg town of Calw, he listened to the stories of his mother's grandfather, Hermann Gundert, who had worked for a long time in India as a missionary of the Basel Mission. Gundert lived in the southern Indian province of Kerala, learned its Malayalam language and wrote fundamental books on Malayalam, most notably the "Malayalam and English Dictionary" (1862) and "A Grammar of the Malayalam Language (1868), which are still important today. Hermann Hesse's mother was born in Kerala; she and her husband also worked there as missionaries, but they had already returned to Germany when Hermann Hesse was born.
Hesse's upbringing, however, was not influenced by Indian spirit, but followed strict Pietist-Protestant standards. Young Hermann first had to free himself, with suffering and effort, from the narrow piety of his childhood before he became open to other philosophical and religious possibilities of life. Looking back on his early years as an adult, he writes:
"Compared now with this Christianity so closely clamped [...] the world of Indian religion and poetry was admittedly far more enticing. Here no closeness oppressed me, here it smelled neither of sober gray-coated pulpits nor of pietistic Bible lessons, my imagination had room, I could let the first messages that reached me from the Indian world into me without resistance, and they have had a lifelong effect."
Growing up, Hermann Hesse was able to assert himself over his parental home and his pietistic socialization, and he began to discover Hinduism, Buddhism and Taoism and to accept these religions as spiritual alternatives. He read the sacred scriptures of Hinduism, such as the Bhagavadgita and the Upanishads, and he participated in the discovery of the "East" through reviews and newspaper articles. The turn of the 19th and 20th centuries marks the time when German Orientalists made the sacred scriptures of Asian religions accessible through authentic translations from the original languages. (Source: https://interrel.de/hermann-hesse-siddharta-eine-indische-dichtung / accessed 20.06.2022)
If you have any questions about the upcoming new Ashram Album Siddhartha 2022, we are happy to answer them as best we can. More detailed information can be given in writing via email (ashram@gmx.at) or in a personal conversation.
Share|